Drinking plenty of water on a daily basis is vital to our health. Water carries nutrients to cells, helps with digestion, flushes out toxins, helps prevent headache and fatigue, and can even aid in weight loss or maintenance. Our bodies are up to 75% water, and staying well-hydrated is critical to our optimum health and survival.

However Not All Water Is Created Equal

Watch the eye-opening demonstration video above that will wake you up to the reality of what you drink!

Every substance you put in your body has the potential of speeding up or slowing down the rate in which your body oxidizes. Meaning, we can actually slow down or speed up our aging process by paying attention to the substances we consume. Watch this video to learn about the most important factor pertaining to the water you consume.

In this video by ABC, in a blind taste test, many even preferred the taste of tap water over bottled.

Safe and readily available water is a basic human necessity in order to meet health and sanitation needs. However, tap water around the world has consistently been found to be subpar, “first-world” countries not excluded.

According to the WHO (World Health Organization) some pretty astonishing facts about drinking global water are:

We’re not trying to say that our Enagic® machine will solve all of the world’s water problems. However, we do advise that you have your own water analyzed to get a better idea. At that point, you can be proactive about filtering your source water, then ionizing it to achieve the healthiest water on the planet! Think about what you drink!

Thirty-five years after the U.S. Congress passed the Safe Drinking Water Act, some regulators and environmentalists state the law is now so obsolete that it fails to protect people from the most obvious threats.

In the USA, the NY Times reported on violations of the Clean Water Act, a federal law which governs water pollution, and has shown household water that is contaminated with lead, nickel, and other heavy metals. (Some extreme side-effects of this contamination have resulted in skin burns, rashes, and eroded tooth enamel).

The NY Times has since compiled a database of violations of the Safe Drinking Water Act, finding 40% of the nation’s community water systems in violation at least once, exposing millions to potentially harmful chemicals, toxins, and heavy metals. 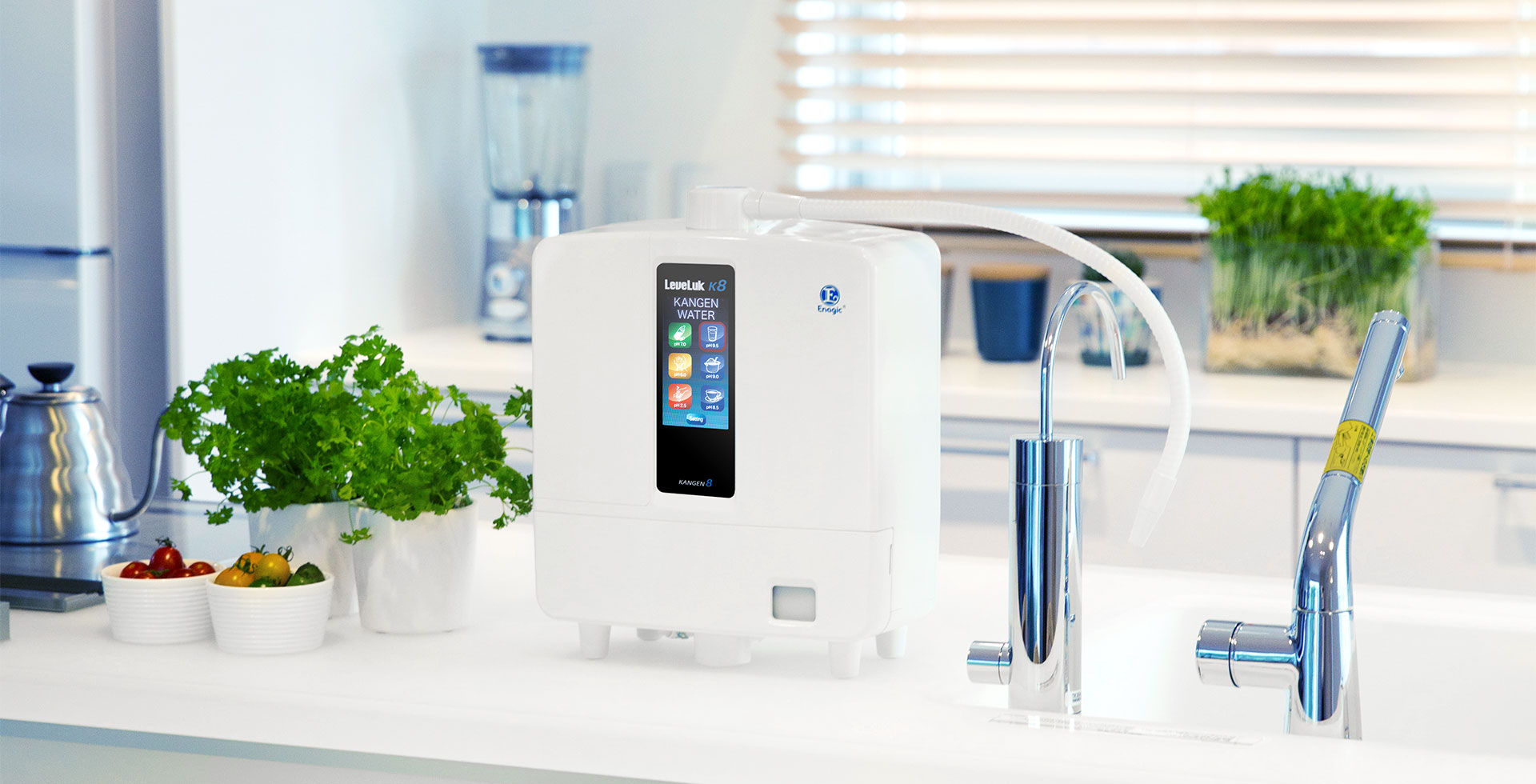 People Everywhere Are Discovering The Life-Changing Power Of Kangen Water

Kangen Water®… (aka electrolyzed reduced water (ERW), or hydrogen water) begins as tap water. The Enagic® machine filters out chlorine and other impurities from the tap water, then separates the hydrogen and oxygen with a process known as electrolysis. This process adds an electron to the hydrogen creating a new molecule called diatomic molecular hydrogen gas. When this is added to your drinking water, it produces antioxidant-rich Kangen Water®

Oxidant, by definition, is an oxidizing agent, while antioxidant is any substance that acts to slow or prevent the oxidation of another chemical.

In the human body, oxidative damage has been implicated in many of our modern day diseases such as cancer, heart disease, and diabetes. Antioxidants, on the other hand, act to tame the free radicals (or highly reactive chemicals) in the body that have potential to harm cells and cause disease.

‘Electrolyzed Reduced Water’ (aka Kangen Water® or hydrogen water) has been used in hospitals in Japan for decades. And, now you can make the same alkaline, antioxidant, mineral-rich, pure, safe, and healthy drinking water right in your own home.

Kangen Water® has many amazing uses beyond drinking water!

To find out more about all the uses and benefits please enter your name and email address below to set up your FREE Water Consultation: